If you want to see Western Europe’s main highlights but don’t have a lot of time, this European tour is the vacation for you! Visit England, Belgium, Germany, Austria, Italy, Switzerland, and France with overnights in London, Brussels, the Frankfurt area, the Innsbruck area, the Venice area, the Lucerne area, Dijon, and Paris.After spending some time in London, you’ll travel to Brussels on the Eurostar train, the easiest way to connect the two European cities. You will then carry on by tour coach along Germany’s Romantic Road, a trade route during the Middle Ages and now known for its charming villages, cobblestone streets, walled cities, half-timbered houses, and scenic countryside. You’ll visit one of these medieval towns, Rothenburg, a walled town that has retained its fascinating character. Relax and take in the wonderful views of castle-crested hills, terraced vineyards, and pretty wine towns on the included scenic cruise along the Rhine River. Take a boat ride in Venice along the Giudecca Canal to St. Mark’s Square, allowing you to admire some of the palazzos and maze of streets. While in Venice, take the opportunity to watch glassblowers create their works as they have done for centuries. Some other must-sees on this iconic Europe tour are romantic Verona, the Italian city made famous by Romeo and Juliet; Lucerne, one of Switzerland’s finest cities, situated on the shores of breathtaking Lake Lucerne and nestled within the snow-capped Swiss Alps. And, last but not least, Paris, capital of France and one of the most celebrated cities on the old Continent. Here, your tour guide will show you some of the most famous sights in Paris—including the Arc de Triomphe and Eiffel Tower— on the city sightseeing tour. In a short period of time, this affordable European tour offers it all—historic sights, big cities, quaint towns, and scenic beauty. It’s a marvelous vacation!

ARRIVE IN LONDON, ENGLAND. Check into your hotel. Uniformed hosts are available to help you make the most of your stay.

LONDON. A full day to savor our rich program of optional activities: take a panoramic tour of London’s landmarks, visit the Tower of London, or choose an excursion to Windsor Castle. Tonight, how about dinner followed by a leisurely cruise on the Thames River?

LONDON–BRUSSELS, BELGIUM. Transfer to the railway station and board the EUROSTAR TRAIN to Brussels. Here, board your comfortable motorcoach for an orientation drive of the Belgian capital.

BRUSSELS–RHINE CRUISE, GERMANY–FRANKFURT AREA. Journey into Germany to the shores of the mighty Rhine to enjoy a scenic CRUISE. Then, on to the Frankfurt area for an overnight.

FRANKFURT AREA–ROMANTIC ROAD–INNSBRUCK AREA, AUSTRIA. Today’s highlight is a drive along the Romantic Road, through towns and villages with medieval towered gates and battlements, squares of half-timbered houses, and richly decorated fountains. Spend some time in the center of Rothenburg before heading to the Innsbruck area for an overnight.

INNSBRUCK AREA–BRENNER PASS–VENICE AREA, ITALY. Take in the breathtaking scenery of the Alps while crossing the Europa Bridge and Brenner Pass. Arrive in Venice, where a BOAT RIDE along the Giudecca Canal to Piazza San Marco allows you to admire the palazzos and maze of streets. Time at leisure to soak up the magical atmosphere of this unique city. At a GLASSBLOWING WORKSHOP, experience this Venetian art.

VENICE AREA–VERONA–LUCERNE AREA, SWITZERLAND. Stop in fascinating Verona and see Juliet’s legendary balcony. Cross the Swiss border and enjoy the idyllic views of Canton Ticino, then on to the breathtaking beauty of Lake Lucerne.

LUCERNE AREA–DIJON, FRANCE. Your visit this morning focuses on the Old Town in the heart of Lucerne. Also, there’s time for an optional excursion to Mount Stanserhorn. In the afternoon, journey into France for an overnight in the charming town of Dijon.

DIJON–PARIS. Leave Dijon and travel on the autoroute to Paris, where included sightseeing with a local expert shows you many of the best-known Parisian sites.

PARIS. Au revoir. Your vacation ends with breakfast this morning. 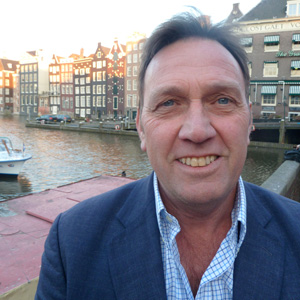 I've lived in several countries, so it's my pleasure to introduce you to "My Europe." You'll become familiar with the diversity of breathtaking scenery, as well as the fascinating culture, history, architecture, and cuisine. It's my aim to provide you an enjoyable, informative, hassle-free, memorable, and satisfying travel experience.