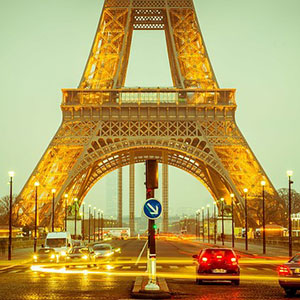 Experience some of Britain’s fascinating towns as you travel through England, Scotland, and Wales, stopping for overnights in London, Leeds, Edinburgh, Strathpeffer, Glasgow, Liverpool, Cardiff, and Plymouth. Part of the charm of traveling through Britain is seeing the spectacular scenery, and on this affordable Britain tour, you’ll get the opportunity to witness some of its most scenic areas. Travel through Northumberland National Park, with its wide-open spaces and landscapes of endless beauty; Brecon Beacons National Park, with its dramatic landscapes; Dartmoor National Park; and incomparable Snowdonia National Park in Wales, with picturesque villages, mountains, and lakes. Drive through the serene Lake District, England’s largest and finest natural park and recently awarded UNESCO World Heritage status. On your way to the beautiful Isle of Skye, keep an eye out for the Loch Ness monster and admire some of Scotland’s most stunning scenery, including vast areas of unspoiled wilderness and gorgeous lochs (lakes).On this budget travel tour of Britain, you’ll also travel to some of Britain’s charming towns. In Stratford-upon-Avon, explore the town that Shakespeare called home and get a glimpse into life in 16th-century England. Walk through York’s quaint streets and marvel at England's most complete medieval city. In Bath, explore the elegant city famed for its excavations of the 2,000-year-old Roman baths. In Plymouth, see the Mayflower Steps, where the Pilgrim Fathers embarked in 1620. Enjoy an orientation drive in Cardiff, the capital of Wales, and sightseeing in Edinburgh, Scotland’s capital. At the conclusion of your tour, travel via high-speed Eurostar train to Paris for three overnights and guided sightseeing. All services in Paris, including Local Host assistance, are provided by Monograms. These are just some of the many highlights of this value-minded Britain tour—with Paris. A dream vacation!

ARRIVE IN LONDON, ENGLAND. Check into your hotel. In the afternoon, there’s time to rest or to start exploring the lively British capital. Uniformed hosts are available to help you make the most of your stay.

LONDON. Today is devoted to exploring on your own or enjoying our exciting program of optional activities. You may choose to join a Local Guide for an optional morning sightseeing tour of the city’s famous landmarks: the Houses of Parliament and Big Ben, Westminster Abbey, Whitehall’s mounted horseguards and the Prime Minister’s Downing Street residence, Piccadilly Circus, and Buckingham Palace. The highlight is a visit to St. Paul’s Cathedral, Sir Christopher Wren’s masterpiece built between 1675 and 1708. Later, maybe visit Windsor Castle or the Tower of London with its spectacular Crown Jewels. Tonight, dinner followed by a leisurely cruise on the Thames River would be fun!

LONDON–OXFORD–STRATFORD-UPON-AVON–LEEDS. Meet your Tour Director and traveling companions and depart at 8 am for a memorable day of sightseeing. In Oxford, a walking tour shows you the colleges where Britain’s elite receive its outstanding education. Then, travel through the lovely Cotswold Hills to Shakespeare’s Stratford-upon-Avon. Take photos of Anne Hathaway’s Cottage and explore the town at your own pace. Your overnight destination is Leeds.

LEEDS–YORK–JEDBURGH, SCOTLAND–EDINBURGH. In York, stand in awe in front of the great structure of York Minster, then follow your Tour Director through a maze of quaint streets, including the narrow Shambles. Continue through wild Northumberland National Park and see a section of Hadrian’s Wall. Then, at Jedburgh, see the abbey ruins before a late-afternoon arrival in Edinburgh. A suggestion for this evening: enjoy a traditional Scottish night out with Highland dancers, bagpipers, and, of course, the Ceremony of the Haggis.

EDINBURGH. A full day to enjoy the Scottish capital. Morning sightseeing with a Local Guide introduces you to the 200-year-old “New Town,” home to famous scientists, inventors, and novelists. In the “Old Town,” visit EDINBURGH CASTLE to admire Scotland’s Crown Jewels. Afternoon at leisure. Later, consider a unique optional experience: board the former Royal Yacht Britannia. Tour five decks and see how the Royal Family and crew of 240 lived and worked on board. Dinner rounds out this optional evening. For departure numbers July 29 through August 19, tickets are included for tonight’s performance of the world-renowned MILITARY TATTOO, a vast spectacle of massed Scottish pipe bands that takes place in an arena on the esplanade of Edinburgh Castle.

EDINBURGH–ST. ANDREWS–PITLOCHRY–CULLODEN MOOR–INVERNESS–STRATHPEFFER. A day of memorable sightseeing: take the elegant Forth Road Bridge to St. Andrews, whose Royal and Ancient Golf Club has given us the rules of golfing; then, cross the Firth of Tay and, via Dundee and Perth, head into the Highlands, with a stop in the Victorian mountain resort of Pitlochry. Cross the battlefield of Culloden Moor with its memories of Bonnie Prince Charlie, then, via Inverness, head for your Highland destination.

STRATHPEFFER–ISLE OF SKYE–GLASGOW. More heather-clad moors as you drive through the western Highlands to Lochalsh and the Inner Hebridean Isle of Skye. Return to the mainland by FERRY across the Sound of Sleat to Mallaig. Glen Coe, where the MacDonald Clan was massacred in 1692, and a drive along the “Bonnie Banks” of Loch Lomond are scenic highlights on the way to Glasgow, Scotland’s great cultural city.

GLASGOW–GRETNA GREEN–LAKE DISTRICT, ENGLAND–LIVERPOOL. South through the history-steeped Lowland Hills and a visit to Gretna Green, where the blacksmith used to wed runaway couples. Drive through beautiful scenery in the Lake District, considered to be the finest of England’s national parks and recently awarded UNESCO World Heritage status. End the day in Liverpool, of Beatles fame, once the departure port of the great transatlantic liners. You may wish to join an optional city tour this afternoon.

LIVERPOOL. NORTH WALES EXCURSION. A day dedicated to the mountainous splendor of North Wales. After a stop in pretty Betws-y-Coed, drive over spectacular Llanberis Pass and through Snowdonia National Park to Caernarvon, where the castle saw the investiture of Charles as Prince of Wales. Then, follow the coast road via the walled town of Conway back to Liverpool.

LIVERPOOL–LUDLOW–CARDIFF, WALES. First stop today is in the pretty market town of Ludlow before heading back into Wales and Brecon Beacons National Park, land of salmon rivers and the Welsh mountain pony. Finally, head through “The Valleys,” whose iron ore and coal were the raw materials for the Industrial Revolution, to the Welsh capital. Here, an orientation drive introduces you to the major attractions: Cardiff Castle, Cathays Park, Millennium Stadium, and the stately civic buildings. Tonight, why not join an evening of Welsh entertainment and dinner?

CARDIFF–BATH, ENGLAND–GLASTONBURY–WIDECOMBE–PLYMOUTH. Leaving Wales, cross the Severn Bridge for a visit to the elegant Georgian city of Bath, famed for its Roman relics, before heading into the romantically scenic West Country and Glastonbury with its King Arthur associations. In the heart of Dartmoor National Park, visit quaint Widecombe-in-the-Moor, ghostly setting for Conan Doyle’s The Hound of the Baskervilles. Finally, in Plymouth, hear about Sir Francis Drake and see the Mayflower Steps, where the Pilgrim Fathers embarked in 1620.

PLYMOUTH–STONEHENGE–LONDON. On the final leg of your journey, take in Thomas Hardy’s Wessex, and visit prehistoric STONEHENGE. First, explore the visitor center with its imaginative exhibitions, then admire the magnificence of the monument from up close. Return to London around 3 pm. How about celebrating the success of your tour with a night out on the town?

LONDON–PARIS, FRANCE. Travel by high-speed EUROSTAR TRAIN (Standard class) to Paris. Your Local Host is available to help you make the most of your stay.

PARIS. Your Local Host will have many suggestions for your day at leisure.

PARIS. Your vacation ends with breakfast this morning. 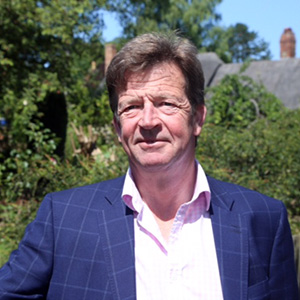 Why did King John build a castle on the Shannon? Why is St. Patrick's Cathedral in Dublin protestant? How did James Watt change the world? My greatest pleasure is to answer those questions! When you travel to my country, I have the duty to show it to you properly!